Not An Average Week at Work; Week 9

My ninth week was full of some very authentic English experiences. This past week I had the privilege of visiting the House of Lords, attending a seminar to take notes for Z/Yen, and then spent the weekend relaxing at my grandparent's house in the countryside. 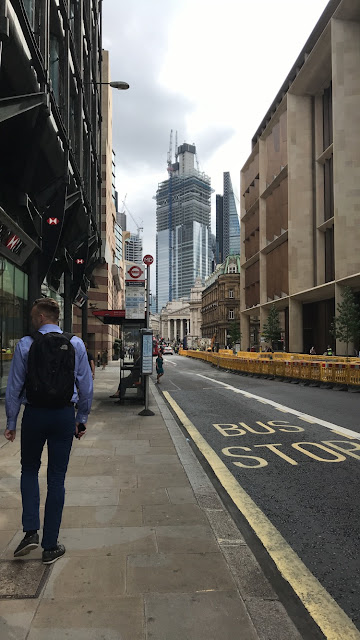 This past Monday was my least normal day of work so far. As mentioned in my last post, I was invited to have lunch at the House of Lords by Sue Garden. We arrived at the House of Lords around 12:30 where we were then escorted through the initial security check and then into the coat room. Sue then gave us a brief tour of the House of Lords while she lectured us on the history of each room. The architectural detail inside was astonishing. There were an incredible amount of tiny details that made the building truly unique. I would've taken loads of pictures, but photography wasn't allowed in most of the rooms. The feeling of walking through a building with hundreds of years of political history was such a surreal feeling. 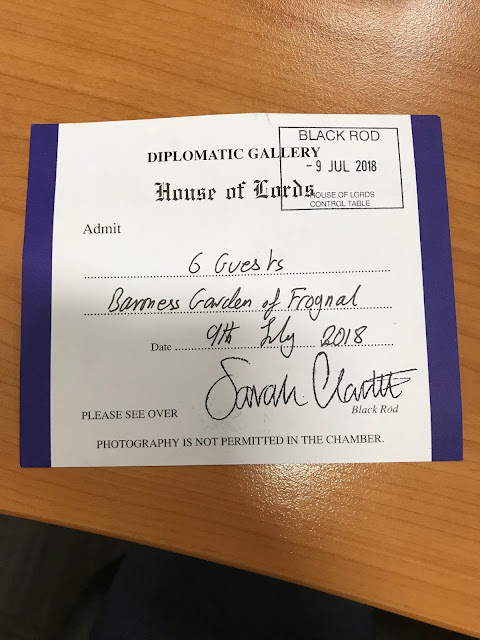 Sue then treated us to an excellent lunch in the dining room of the House of Lords where we all shared some great conversations. After lunch, we rushed to the Chamber to sit in on the day's session from the diplomatic gallery. The sessions began with the ceremonial introduction of three new peers into the House of Lords, then followed by some debate on some various bits of legislation. Most of the legislation that was being debated was in regards to local jurisdictions and their on-going infrastructure projects. The most interesting bit of debate was a debate about Brexit and what the plans of Theresa May will be now that people "leading" the left campaign seem to be dropping like flies. Brexit Secretary David Davies had resigned the night before, and then we learned of Boris Johnson's resignation in real time during the Chamber session. That was quite shocking to hear about that before any news networks broke that story, even though it was a bit predictable. The entire experience overall was fantastic and truly something I never for-saw myself having the opportunity of doing when I first arrived in the UK.

The next day was slightly more normal. It was a casual day at work, especially compared to the day prior. The only difference for this day was that I got to leave a bit early to attend a seminar at Norton Rose Fullbright, an international law firm based in London. The seminar was in relation to the research I'm doing for Z/Yen. The seminar consisted of 4 presentations which then followed by a panel discussion. The presenters consisted of a Professor of Computer Science at London King's College, two directors from Accenture, and a consultant from Norton Rose Fullbright. The seminar titled "DLT: Identity Use Cases and Privacy Implications" covered how digital identities may be extremely useful in easing the amount of work required for identity verification, but also the implications it may bring along with it. The presentations were good as well as the panel discussion, but didn't seem to provide anything extremely useful or insightful. It was more of a reiteration of information already available out there, much of which Z/Yen has written about. Regardless, I still enjoyed having the opportunity to attend a great venue. 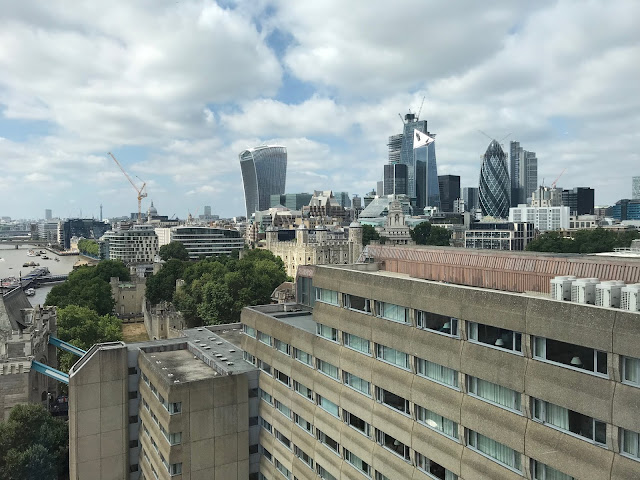 On Wednesday I was invited to sit in on a Security Forward and Intelligence forum that was hosted by Z/Yen. The venue was on the top floor of a hotel overlooking London's iconic Tower Bridge. The forum had a presentation from Crispin Black who spoke about the implications of artificial intelligence and where it will provide usefulness, as well as where it may cause problems for society. The presentation was excellent and I've never seen anything quite like it. Crispin handed out a few sheets of paper with random pictures on them but was somehow able to make them all relevant to the presentation while tying them all together into a single narrative. It was very impressive to see a presentation of that caliber. That was then followed by a presentation of a similar caliber by Phil Cracknell, one of the top cybersecurity experts not only in Europe but in the world. I don't want to speak much about the content of his presentation since it was mainly proprietary information that people paid a pretty penny to hear, but it was an unforgettable experience. 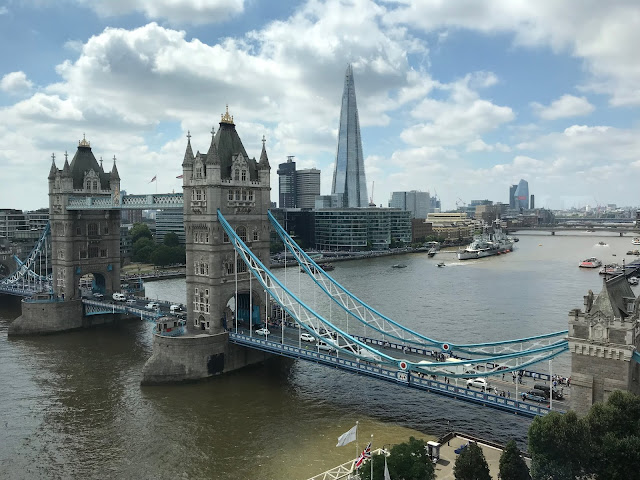 The rest of the week was normal work for me. Aside from the on-going research I'm compiling, I was also tasked with a small project of putting together an information packet for a policymaker at the Bank of England. It was an interesting task to handpick the best research Z/Yen has produced that a policy maker would find useful. I also found it really neat that policymakers use the work produced by Z/Yen to help influence their decisions.

After work on Friday, I made a train ride out to my grandparents home in the countryside of England. As much as I love London, I was pleased to be escaping the city for a bit. When you stay in any city for too long you tend to develop a feeling of being stuck in a routine and even though London has many green spaces, I was eager to be in the middle of a relaxing environment with my two grandparents. 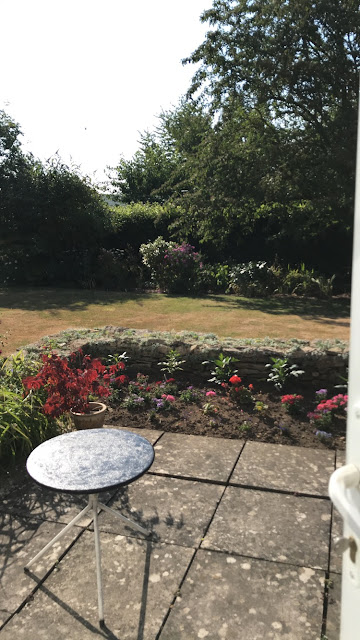 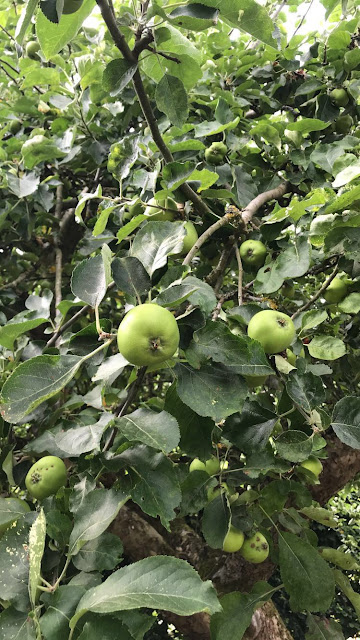 Ironically it has been incredibly dry the entire time I have been in the UK. In my memory, I've only seen it rain about three or four times the entire time I've been here and that is far from the norm. While many Brits are enjoying this unusual sunshine, many of the plants and grass are starting to turn brown from the lack of water. On the train ride out I noticed the fields of wheat were all much dryer looking than usual. Also, much of the grass around where my grandparents live is brown. It is odd to see it like this considering my memory of the area they live in is full of bright green vibrant plants and trees. Aside from all that, it has been a very relaxing weekend out in the countryside away from everything. I return to London later tonight and then everything should be back to normal for this coming work week. 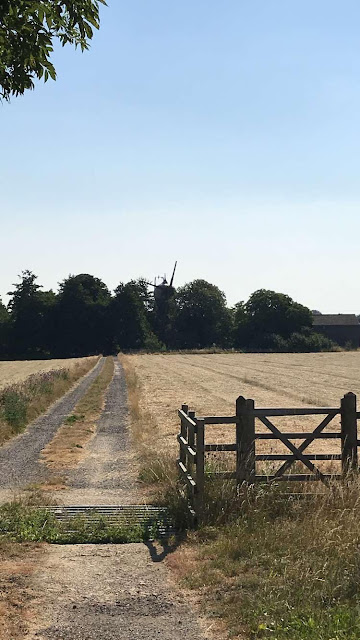