Listening to the Experts; Week Seven

This week was one of the most insightful weeks yet. I had the opportunity and privilege to hear from some experts around the world on various topics ranging insuring for catastrophic disasters to smart ledgers in cities. The fantastic discussions left me thinking and more curious than I was before.

On Tuesday, Michael invited Nish and I to a research report launch at Cass Business School. The report was titled "Between State and Market: Reducing the Protection Gap for Catastrophic Risk". The report highlighted how various disasters, both natural and unnatural, have caused over $1.3 trillion in damage over the past ten years, even when accounting for insured areas. The report was written by Professor Paula Jarzabkowski, of Cass Business School. She gave an excellent presentation on the key findings of the report, and that was then followed up with panel discussions full of CEOs from various insurance companies around the world. The topics included:

All the panel members were extremely qualified and they presented excellent arguments and ideas around the topics of discussion. The discussions raised some valid points and I think everyone walked away from that event knowing something they hadn't walking in. 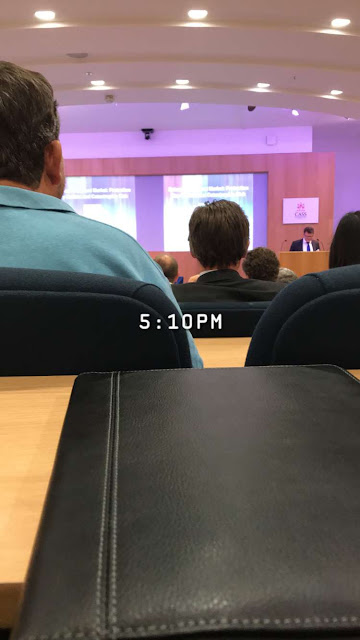 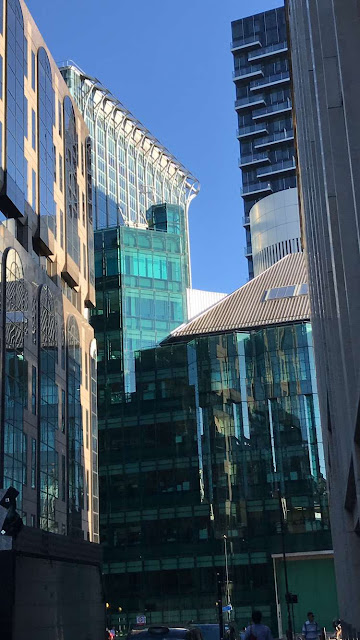 The second event this past week was hosted by Z/Yen at Furniture Maker's Hall, and the topic was "Smart Ledger Cities: How Do We Rate And Rank Them?". The event was small with only roughly a dozen people there, but the caliber of people present was extremely high. The group included a CIO of an insurance giant based in the city, a highly regarded individual in the entrepreneurial arena, an academic from a top university, etc. I won't name the people or their companies directly to ensure their privacy, but the discussion and ideas that floated around the room were all excellent.

The event kicked off with a briefing from Micheal on an introduction as to what Smart Ledgers are at the most simplistic level. Then the conversation moved to the facilitator, Greg Williams, who led a very insightful and engaging conversation. About the use cases for Smart Ledgers and how they're most likely going to reshape different areas of business. 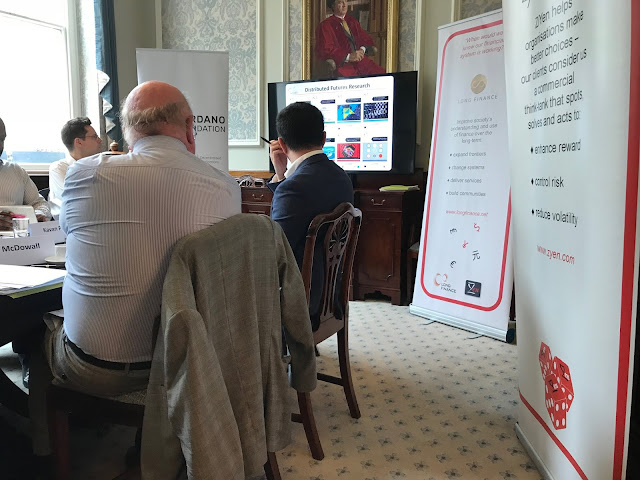 The final event I attended this week was another CSFI panel discussion on
"FinTech and financial inclusion – a global perspective". The panel included Simon Long from the Economist, Matthew Saal of the World Bank, and Kelly Bewers of Accenture. The name that really caught my eye was Simon Long. Simon is an excellent writer and I've been reading his articles in The Economist for the past several years so it was nice to see and hear him speak in person. The event started off with Simon giving an overview of a report he wrote surrounding the topic of FinTech and all it may or may not bring along with it. That was then followed by Matthew Saal's remarks on the general state of the industry and some of his personal opinions. It ended with Kelly's remarks and then some general Q&A for the audience.

Unfortunately, I didn't take any pictures at the venue, but it was at Armourers' Hall which you can see a photo of in my week four post. This was a jam-packed week and I enjoyed every minute of it. To cap everything off I get to watch World Cup football every night which is great to come home to. The weather is heating up here and it's starting to remind me of Georgia summers, minus the humidity of course. I know this coming week doesn't have nearly as many events in store, but I'm sure I'll be kept busy one way or another.